This past weekend the team won an impressive 3 games at the New York State Amateur Hockey Association East Section Tier II Youth Tournament, beating their rival Brewster Bulldogs 3­-2, defeating PAL (Hauppauge) 5­-1 and dusting off the Westchester Vipers 5­-1. The team is built on impressive defense and goal-tending, with a great work ethic from our forward core.  First year Coach Sergey Siminov has done an outstanding job with the team as many of the players and parents have checked their ego’s at the door and worked together as a TEAM.  Many thanks to Manager’s Kim Suteraand Ruth Hoffmann for their hard work. Congrats to the 2001’s & Good Luck in Buffalo! 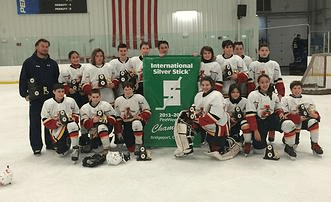 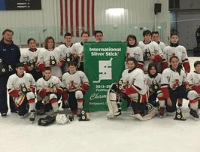