The game of flag football has been around for as nearly as long as tackle football. Flag football was played as a recreational activity for American military personnel in the 1940s, and recreational leagues began shortly after. Currently, the sport has a strong amateur following, with several national and international competitions each year.

Aviator Sports and Events Center is proud to announce our newest addition to the Aviator staff, flag football Coach Olekasander Chorny. Coach Chorny came from the United States from Ukraine, but has been a Brooklynite most of his life. I had the chance to sit down with Olekasander Chorny for an opportunity to introduce himself and learn what endeavors he has in-store for the flag football teams here at Aviator.

When did your coaching career begin?

C: I started coaching as a volunteer for Erasmus Hall High School. I coached Junior Varsity there for two years. Coaching at Aviator is my first time coaching flag football.

How does flag football differ from traditional football?

C: Flag football differs from traditional American Football is a couple of different ways: For one there are less players on the field at one time. flag football is also a lot less physical, therefore there is no need to wear a helmet or shoulder pads. Kids wear flag belts and that’s the only piece of equipment. And in flag football, instead of tackling, players remove the flags from the belts to simulate tackling.

What are you looking to accomplish this year with the teams?

What do you hope the kids will accomplish from flag football?

C: I want the kids to be able to demonstrate different skills learned during practice and performed during games. Different skills such as; catching, running, throwing the ball, understanding particular defensive and offensive concepts. I also hope they instill other skills that are non-physical but still very important like leadership and teamwork.

Are there professional teams or leagues kids can join?

C: Flag football is more recreational, however there are leagues in which kids travel all over the country and play teams from other states.

What can one gain from flag football?

C: Kids can gain basic knowledge of football fundamentals. Kids can use that knowledge to advance to tackle football if they wish. They will see the progression they are making and it will motivate them to staying more physically active during their everyday life. The non-physical skills that they will learn can be applied to everyday life.

What is the age group, and is it coed?

C: There is no particular age to play flag football. It’s a very limited contact sport and just about anyone is able to play. There are different leagues for different age groups. Flag football is a co-ed sport and I highly encourage girls to sign up as well.

What is your favorite thing about coaching?

C: My favorite thing about being a coach is asking children at the end of practice about what they learned today and seeing hands pop up enthusiastically and ready to recite exactly what I was teaching earlier.

What kind of coach do you consider yourself?

C: I think I’m a fun coach. I consider myself open to different ways of coaching. Sometimes I can be hard on the kids because I expect more from them but at times I’m just really laid back.  I’m still a new young coach so I guess you could say I’m still searching for my identity.

Last but not least, what’s your goto karaoke song?

C: It’s definitely “Living on a Prayer” by Bon Jovi.

If you’d like to learn more about Aviator Sports exceptional flag football program or to request information regarding classes and leagues please visit us here. 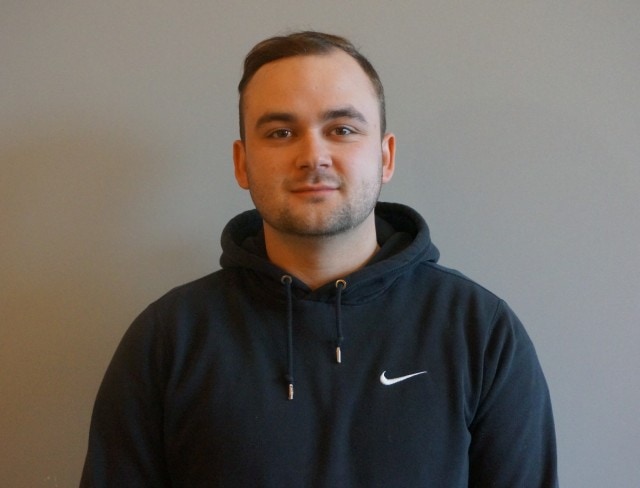 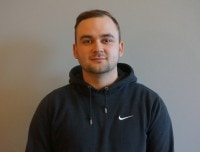