METUCHEN, NJ | BROOKLYN, NY – FC Copa Academy today announced the launch of its strategic partnership with Aviator Sports and Event Center,  a premier multi-sport and recreational complex. By joining forces, the two groups will make elite athletic development programs accessible to the local community, extending the opportunity to train and compete at the highest levels to all in Brooklyn and the New York City area.

“As we enter our 16th year at FC Copa Academy, we’re always looking for ways to expand our successful model that has already seen more than 35 state and national titles,” said FC Copa President and Executive Director of Coaching Roberto Aguas. “Our commitment to academic and athletic excellence has allowed over 2 dozen of our players to compete at the professional and international levels, and we’re proud to build on our experience in collaboration with Aviator Sports and Events Center.”

Founded in 2004, FC Copa Academy has always placed equal importance on academic and athletic excellence. Along the way, the club has appeared in 40 state finals and 7 national championships while placing more than 375 students into collegiate programs at 145 individual institutions.

“Our partnership with Aviator will allow our new program to not only train at the highest level but also provide essential academic guidance to our players, ensuring that they can be as successful in the classroom as they are on the field,” said FC Copa Academy Vice President and Director of Academic Guidance Lori Berman. “Having placed hundreds of students in collegiate programs across the country, we know how important it is for our players to have access to premier training and guidance where they can learn and grow in sports and in life.”

Since its opening in 2006, Aviator has provided more than 175,000 square foot indoor, 35 acres of outdoor sports, events, entertainment and recreation complex; which include 2 indoor turfs, 2 basketball/futsal courts, 2 adjoining outdoor turf fields and a soon to be inaugurated Copa Futsal specific center. Aviator’s modern facilities will serve as the foundation for FC Copa Academy to build upon, jointly creating another development hub for the staple sports club.

“We are delighted to launch, alongside FC Copa Academy, our newest soccer offering for our community. Our goal in this endeavor is to partner and join one of the most highly respected youth soccer organizations in the east coast with our state of the art facility,” said Aviator Chief Operating Officer Dean Rivera. “Our multi-year agreement is our way of showing a long term commitment to bringing this level of academy to Brooklyn.”

If you have additional questions or for more information please contact:

For More Information about Tryouts and Program Details, please visit FC Copa Academy at www.fccopa.com and Aviator Sports at www.aviatorsports.com

About FC Copa Academy www.fccopa.com
FC Copa Academy is a professional soccer organization founded in 2004 which has appeared in 26 state, 19 regional and 7 national finals & championships while having one of the highest college placement rates in the country, both soccer and academic, having placed over 325 students into 153 collegiate programs and developed over 24 professional and national/international team players. We are a soccer family consisting of over 750 members from the ages of 5 to 19 that come from all areas of NJ, NY, and PA with locations at Rutgers University (Piscataway, NJ), Sportika Sports (Manalapan, NJ), Millstone United (Millstone, NJ) and Aviator Sports (Brooklyn, NY). We are a year-round soccer development program assisting players in reaching their greatest potential. The focus is on educating the complete player with a knowledgeable and caring staff. FC Copa Academy teams compete in premier level leagues, tournaments, showcases, and competitions locally, regionally and nationally. FC Copa Academy fields both boys and girls teams in each age group from U7 through U19 and beyond. In addition to the youth academy, FC Copa Academy provides a pathway into the college, semi-pro and professional levels via its New Jersey Copa FC collegiate programs (U20 and U23) all the way to the UWS (women) team. 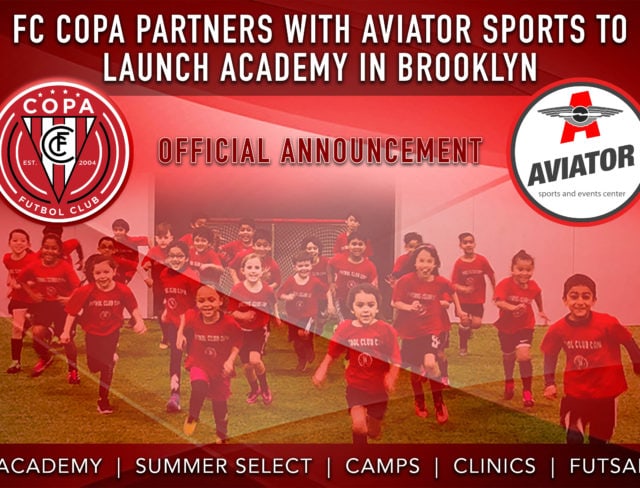 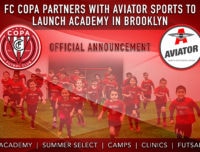