On February 27, Eva and Ustina Borsuk were booked on a flight to Plymouth, Michigan to live their dream of competing in the U.S. Synchronized Figure Skating Nationals Championship.

They’ve been skating for Aviator ever since they could put on foot in front of the other and now Eva, 17, and Ustina, 12, competed against the best figure skaters from throughout the nation.

Eva and Ustina are part of a large Ukranian community that dreams of becoming figure skaters in the National Championships.

“SO many people quit ice skating – mostly because it’s so expensive and time-consuming – but stories like this tell people not to give up, to keep perspective and just keep going,” exclaims their mother.

Eva helped build up Aviator’s synchronized skating teams since she was 13.

She had that unique expertise even back then because she was already a synchro skater and knew how to build a program from inside. She has been volunteering with Aviator’s teams for many, many years.

Below is a video of a Ukraine broadcast of the Ustina and Eva during their journey from Staten Island to their figure skating lessons at Aviator’s ice rink with an appearance from our figure skating coach, Slava Rozanski. 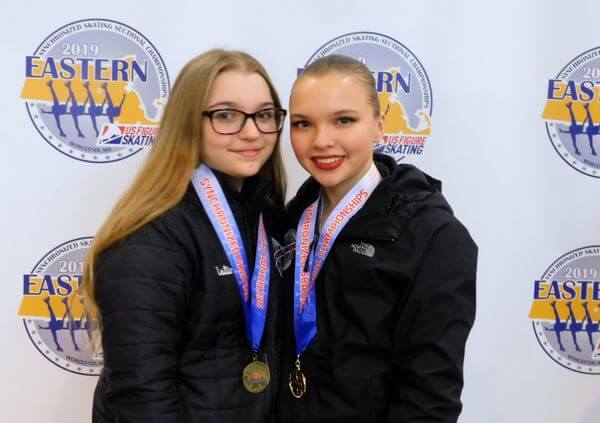 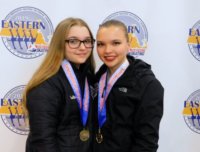