June! Yes, it has arrived, and the summer should be walking for real through the door with this so-called summer month.

I cannot begin to imagine with the weather being so disruptive and sketchy over the last few months that we would actually have a June much like the one that existed when I went to Grammar School.

I remember sitting in class and staring out the window at the sunshine and the azure sky of what was ahead of us for the off time that we had craved so badly. Why?

You ask as if you have already forgotten this magic time of the year.

The school year was ending, and freedom at last or so we thought was just about to spring us from this prison.

Growing up in my part of Brooklyn, NY, was much different for us who lived in the neighborhood as opposed to others who did not, even if they lived less than a mile away.

There were different variations of games which of course had their names or maybe just a slight variation.

Games that meant different things to different people and depending on your age where you stood within the pack of kids age wise.

There was a pecking order where Younger kids had to wait behind the older ones or wait their turn before settling in to play on a game board or handball court.

We would have Whiffle-Ball games that would be akin to championship games.

Skelly, stickball, Tag, Coco-calevio (Ring-o-Levio or Manhunt by today’s vernacular) Basketball, Baseball, running-bases, stoopball as well as about twenty to thirty others.

Growing up in a beach community was also long days at the beach and a noisy bus ride home or a very long walk with sand and sunburn adorning your skin and thirst and hunger poking fun at you.

There was and still is 2 Ballfields as well as a nice park, so there was always plenty to do. We did not spend too much time in the house unless you were sick or punished.

Nothing worse than hearing your friends enjoy life without you like they were having a better time with you not there. Vacation time was just that.

There were no video games and no other forms of entertainment in a box. We made our own fun, built forts in the living room when it rained outside, or walked one block to the movie theater to catch the latest flick.

The TV had only eight channels, and most of it was really entertaining. Saturday mornings there were cartoons on until around one o’clock in the afternoon.

If you had an early game of Baseball, you could be home to finish the day with a giant bowl of cereal and Bugs Bunny or Johnny Quest.

Being the youngest of four allowed me the run of the TV set since my older siblings were either sleeping or out of the house.

Such a magical time and an amazing childhood, especially since there were eight others close to me in age and we always had someone to engage in a game or a fistfight.

The entire neighborhood was full of kids and families around the same age, so there was always something going on.

That was the summer in Brooklyn New York, and it all started with the school’s front door opening at three o’clock on that magical day in June, and everything was right with the world.

Time, as it always does, has marched on, and a lot of the magic is gone. It’s not the same, but there are some really cool things to do with your time and energy.

When the Aviator Sports and Events Center first opened it gave back quite a bit of the magic and opened the doors of endless opportunity to set your mind free of the daily stress of what the world has become.

Escape from the burdens of the week and set yourself on auto-pilot much the way we did back when there weren’t the same opportunities to enjoy.

Now before I get into the nuts and bolts of the month, there is something that I have to mention. I had a parent of one of our House Division player (and a couple of future ones) actually buy me a cup of coffee.

She had told me that it was “buy a Hockey coach a cup of coffee a month,” and so I was the recipient of her generosity and a good cup of coffee.

Thank you so much, not only for the coffee but reading this article as well.

History is an important thing to know, especially in this day and age where a lot of facts go away, and fables become history.

If you don’t know what some of these happenings were or who the people might just use your internet and do some research.

It may just enlighten you and give you more to discuss, which is another thing we don’t do much of anymore.

The Month of June has always been argued as to its origins and name. Here’s the scoop on this.

The month is named after the Roman goddess Juno who was the goddess of marriage and wife of Jupiter.

Hence the tradition of June being the popular month to get married in June or the awakening of the natural Earth cycle.

It is the 6th month of the year and the 2nd of 4 months to have 30 days. The beginning of the true Astronomical summer is June 21st.

Some notable dates and birthdays;

1895 – Marconi receives the patent for the radio

6/3 1889 – Then Canadian Pacific Railroad is completed

6/4 1919 – Congress approves the 19th amendment to the Constitution

0987 President Reagan Challenges President Gorbachev to “tear down the wall”

1777 the Stars and Stripes become the American Flag

1877 the first Telephone is installed

Some other notable days;

– Buy a Hockey Coach a cup of Coffee Day

Not sure where to go or what to do, then come on in the A/C is on and the Rinks are nice and chilled.

Mini-Golf is open as well, so get your game to the next level. After you could come and cool off and enjoy some eats at our food court.

So there you go, so much to do and all of the summer to do it in. We also have Summer Camp registration as well as Hockey Camp registration open. There are so much going on you could just check the website at www.aviatorsports.com or call 718-758-7500 and speak to our Customer Service Department.

Located at 159 Flatbush Avenue Brooklyn NY 11234 and accessible by bus and car right off the Belt Parkway.

“There is something for everyone and everyone for something!” 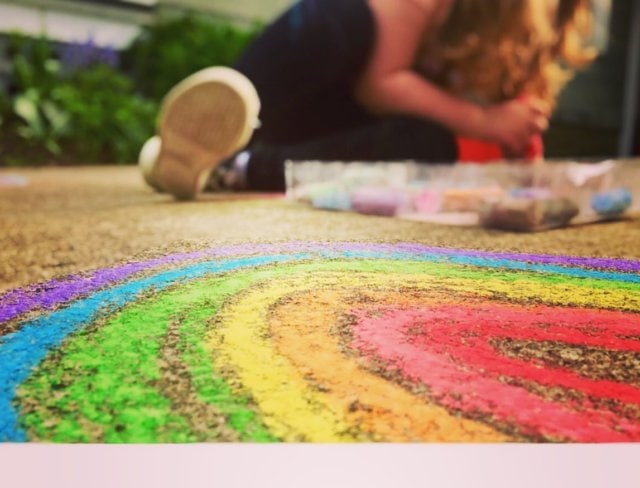 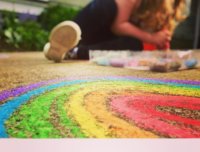