Here we go again, the most stressful time of the year for Hockey Coaches, Basketball Coaches, Baseball Managers and Coaches and anyone who has ever played in any of these sports or had a family member that had.

Hockey, well plain and simple, this is where we end our season with playoffs and have the opportunity to see how good of a job we have done developing our charge.

College players in Basketball are starting the March Madness with a boat load of teams competing to get into the “Sweet Sixteen” to the “Great Eight” to the “Final Four” to the two team championship.

Hockey, at the college level, is playing out their leagues to advance to what will ultimately become the Frozen Four championship at both D1 and D3 levels.

Having a player in the D3 Frozen Four last year has made our family want to do it again even though it was one of the most stressful times in our lives.

This season we have both of our Junior Teams, the Elite, and the Premiere levels, going into the playoffs and representing the Aviator Hockey Club like true champions.

One of our alumni is in the NCAA D3 playoffs as we go to print and since we are related it has put that much on the shoulders of our Hockey Family.

Other teams are vying as well, such as out 16U team and several youth teams. What a year for our building and all involved!

March Madness comes from the aphorism “as mad as a March Hare”. This expression has been around since the 1500s and alludes to the very aggressive behavior during the breeding season of rabbits and has been adapted to the frenzy of Basketball players, teams and fans forever.

We have also fallen into the advent of spring and all that comes with it.

For people like me we love the heat of the sun and the itching watery eyes of our allergies due to the bloom and doom of Mother Nature’s rebirth. The days get longer and the weather gets more pleasant.

March is the third month of the year in the Julian and Gregorian calendars and the second of seven months to have 31 days.

Spring here in the Northern Hemisphere and fall in the Southern Hemisphere. The name March comes from Martius (the first month of the old Roman calendar) named after the Roman god of war Mars.

This was also the month where the Romans would prepare for warfare.

The birthstones are Aquamarine and Bloodstone. The flower for the month is Daffodil, and the Zodiac signs are Pisces (up to 3/20) and Aries (from the 21st to the 31st).

It is also the start of when the wild animals come out of hibernation after a long winter sleep, and the fish start getting hungry.

An odd fact about the month is that each year March and June end on the same day of the week.

It is also instrumental for having the largest party every year on what is called “Fat Tuesday.”

This Tuesday is the day before Ash Wednesday which signifies a month of fasting and atonement in the Christian world leading up to Easter Sunday.

New Orleans is the center of it all with a party that never seems to end and an all-out celebration that keeps that city rocking.

I was recently asked by someone who just started reading this page which are the people you mention in the historical significance section.

My answer was to start looking them up as well as the happenings next to the dates.

This is history that surrounds us every day, and while some may have little significance, others are extremely important to know. Know about where you live and what surrounds and has surrounded you.

Here we go, some Historical facts and famous birthdays;

3/4- 1801 Thomas Jefferson becomes the first U.S.President be inaugurated in the Whitehouse

1877 The Microphone invented by Emile Berliner

1972 First flight of the Goodyear Blimp

3/12 – 515 BC Construction of the Jerusalem Temple completed

1894 Coca-Cola sold in bottles for the first time

1963 The Beatles release their first LP “Please, please me”

1903 The Wright Brothers apply for a patent for their Airplane

1807 Slavery is abolished in England and Ireland

1918 Daylight savings time begins for the first time in the U.S.

Remember that Daylight savings time will begin on March 10th at 2:00 a.m. This is where we “Spring forward” and gain daylight but loses an hour of sleep on that Sunday. Those of us with Irish heritage will be celebrating St. Patrick’s Day on March 17th. I can smell the Soda Bread and the Corned Beef and potatoes cooking in my mind’s eye. It is a day when all can be Irish and revel in the charm and culture of the Emerald Isle.

I am so very proud and excited to be a part of the Aviator Coaching Staff and we would like to cordially invite you all to watch the games on Friday 3/1 at 7:50 p.m. and Saturday 3/2 at 7:50 p.m. in Rink A. There is no admission fee, and there is plenty of parking to come and watch an exciting game or two. There is the DTS Soccer tournament March 3 and Intro to Ninja Warrior on March 16th. Check out our website at www.aviatorsports.com, and our playground welcomes you. There is always so much to do and enjoy. Ice Skating, Hockey, Basketball, Soccer, Gymnastics, Rock Climbing, Food Court, Sports Lounge, Game room and much more. The first step is through the door! 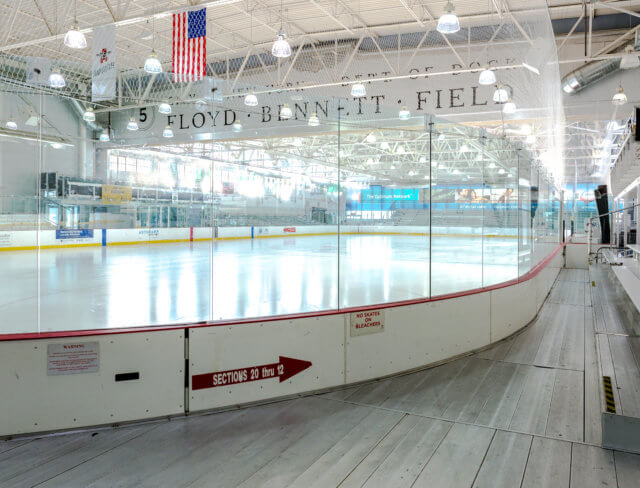 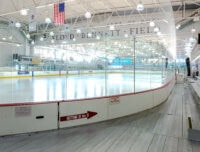