Meet Dan Wiatre, Head Coach of the Summer Basketball Camps at Aviator. We sat down with to ask him a few questions about skills, sports parents, coaching and more.

Wiatre has been coaching basketball for 22 years. He has been the Head Coach of the Boys Varsity Basketball team at St. Edmund’s Prep for 20 years and coached for two years at John Jay College of Criminal Justice. Wiatre has helped lead  St. Edmund’s has to Catholic High School Athletic Association (CHSAA) championships in 2011, 2012 and 2014.

Q: What lead you to basketball, who steered you towards it?

Q: What are some underrated skills you believe youth players need to develop?

A: I think the most underrated skill is listening. A lot of kids have an interest in the game; they watch the game but sometimes they are not always watching the right thing or listening to the announcers or the coaches which will help them get better quicker. They just get caught up in the running up and down part, which is part of it, but I think listening is an such an important skill.

Q: What advice do you have for youth on becoming better players?

Q: What advice do you have for parents?

A: My advice to them would allow the coaches to coach the players during the game.  Parents might want to video the game, and I don’t mean just their kid. It is very beneficial especially to the young players if parents video the game,  and then review it at home later after the game is over. Allow the coach to coach their child during the game and then at home review the video because a lot of these kids don’t realize what they are doing on the court, so they get a chance to see it, and it sinks in, and they appreciate it more.

Q.Is there a moment that inspired yo to become a coach?

A: When I was a sophomore in college I was playing and my youngest brother Rob was playing CYO at the time, and he was just getting started and that inspired me. A lot of the coaches I had were good coaches, and I wanted him to have the benefit of learning the same way that I did. And they just needed volunteers at the CYO in terms of getting started at St. Thomas Aquinas on Flatbush Ave. That’s how I got started, and that’s what inspired me. I just wanted him to have the opportunity to learn the same way I did, same teachings.

Q: What NBA players, past or present would you like to coach and why?

That’s a great question. I haven’t seen every NBA player but the guys that I admire most today would be players like Stephen Curry and LeBron James. They seem like they are the ideal players to coach, they put winning first. I’m about winning, and they also make their teammates better. In the past, I think I wouldn’t have minded coaching a player like Magic Johnson, who made everybody better or a dominant player physically, somebody like Wilt Chamberlain or even Bill Russell in their time.

Q: What do you like about coaching at Aviator?

I love coming back to Aviator every year. When I started here three years ago the camp was very small in numbers, and now it’s tripled in size. I’m proud of that. More kids want to play over the summer, and they’re here because they want to play. Their parents want them to learn skills, and I don’t mean just basketball skills – they want their kids to learn about listening, how to pay attention and focus. That’s why I like coming back, to give a little back to the neighborhood every year.

Aviator Summer Basketball Camps are perfect for kids focused on the game of basketball. Week­-long camps give children the opportunity to spend the day immersed in basketball learning from our skilled coaches in a safe and fun environment. Learn more about the camps and register here. 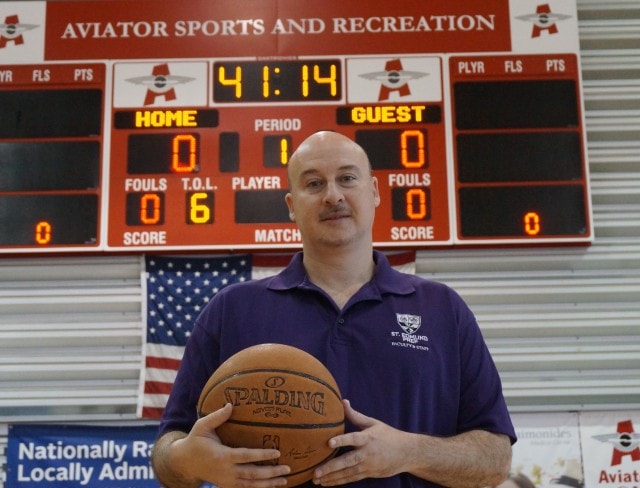 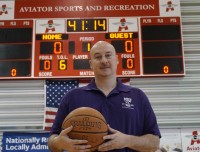