The growth of the popularity volleyball is indisputable, and the demand for programming has been increasing at Aviator. Enter Max Auguste, Aviator’s new Technical Director for Volleyball. Max has been involved in volleyball as a player and coach for over 20 years and is a former player and captain of the St. Lucia National Team. He was named St. Lucia National Volleyball Player of the year in 1995. He played on an athletic scholarship for the Queens College “Knights,” where he received numerous awards including, Most Valuable Player, Scholar Athlete and Most Outstanding Senior. Max has served as volleyball instructor and director at multiple successful clinics and related programs in the New York metro area and in his native country of St. Lucia. The partnership between Aviator Sports and Fundamental Private Volleyball Training aim to take the volleyball programs at Aviator Sports to the highest levels of team and personal achievement.


What inspired you to be a coach?
I think the “aha” moment came when I was in my sophomore year of high school in St. Lucia. When I started at that high school, volleyball was not considered a competitive sport, and I hadn’t been seen anyone playing volleyball. It wasn’t until my sophomore year that a volleyball net just popped up on the court, and I was drawn towards the game; it was a lot of fun. As I continued to play, I realized that I could get competitive at it and really enjoy the game. At that point, I gravitated towards the game from a more structured approach until I represented the team and we won the championship my junior and senior year of high school.

What are some coaching achievements you’re particularly proud of?
There are so many to choose from. I started off with my first opportunity to coach in high school on the island of St. Lucia where I coached the year after I left St. Mary’s College and I coached them to a championship. One person in particular who I coached was Jason Octave he excelled in the game, played Queens College on a scholarship and eventually went to Germany and Puerto Rico to play professional level. Knowing that I was able to start the process for him and provide that structural and technical training certainly is a deep appreciation for the effort that I put in.

Seeing how far they’ve come is certainly what my contribution is about. I can also mention my club volleyball program we operate on Long Island, we have four teams, and overall they won 10 championships, so I think that was a great start and really led me to expand the type of training I provide and partnering with Aviator Sports as the volleyball Technical Director

In your career as a coach have you seen interest in volleyball expand in the New York area?
Yes, I certainly have. It’s increasing in numbers, and I think by expanding the opportunities in partnership with Aviator Sports is has created an even broader scope in terms of the number of kids who have shown an interest in playing the game of volleyball in general. I think as the partnership strengthens the skill levels of the players will strengthen and that will be able to give them an idea of where they are heading based on how much they have learned. I think there is a lot more to discover regarding the partnership, we expect that the kids are going to be playing at a higher level, we encourage them to take the skills we instill. I think that is where they are going to really understand the game and understand each other as a team to build that development process to obtain championship status.


Are there any unique skills you believe volleyball players need to possess?
I think the focus even at the collegiate and national level is to build mental tenacity when learning and competing in the game. That comes from listening, following instructions acknowledging and looking at the demonstrations that we teach on the court. I believe that in the beginning, the kids will listen but if they don’t get a visual application of what the skill looks like it will be tough for them to execute it in the game. Being able to demonstrate each skill of the game is crucial. The partnership has certainly helped execute this accordingly. Based on that the listening and execution are the most important characteristics in becoming a competitive and good volleyball player.

Part two of the interview Max tells us about his responsibilities as Technical Director as well as his goals for the partnership between Fundamental Private Volleyball Training and Aviator Sports and Events Center. 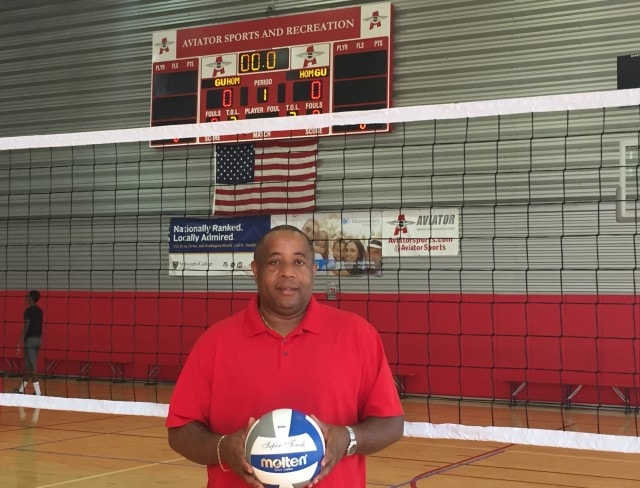