Mike Stanaway Is In The House

Aviator Sports and Events Center welcomed Mike Stanaway back to Brooklyn as he returns as the Head Coach of the New York Aviators.  Coach Stanaway has been one of the winningest coaches in junior hockey achieving an overall record of 245-89-10, while capturing three league championships and three trips to the USA Hockey National Championship.

This past season, Stanaway served as the Head Coach of the Long Beach Sharks of the NA3HL.  In his one season with the Sharks, Stanaway lead his team to an overall record of 39-10-1, a Coastal Division Championship and a berth in the NA3HL Silver Cup.

Prior to coaching the Sharks, Stanaway served as the Head Coach of the New York Aviators.  In his first season in New York, he led the Aviators to the 2014-15 USPHL Championship and a USA Hockey National Championship Runner-Up finish.  The following season with the Aviators playing in the NA3HL, Stanaway led his team to an impressive record of 34-10-5.  More importantly several players from the Aviators went on to distinguished NCAA programs including Stephen Mundinger who now plays at NCAA Division I University of Maine and is the only player in recent years to go from the NA3HL directly to NCAA Division I.

Before coaching in New York, Stanaway spent the 2013-14 season with the Marquette Royales of the MNJHL.  In his one season in Marquette, Coach Stanaway took an expansion franchise and led them to a 42-10 record and captured the Busch Cup as Champions of the MNJHL as well as a trip to the USA Hockey National Championship.  During that season the Royales set numerous records including the longest winning streak in league history at 28 straight games.

In 2011, Coach Stanaway took his first full-time Head Coaching position with the Southern Oregon Spartans.  In his first season in Southern Oregon, Stanaway led the franchise to a 40-9 overall record to capture the Cascade Cup and earn a berth to the USA Hockey National Championship.

In addition to consistently having a winning program, Stanaway has shown to be one of the top developers for NCAA talent with many players going on to successful NCAA Division I and Division III distinguished college hockey careers.

Prior to coaching, Stanaway played NCAA Division III hockey at Finlandia University.  He also holds a MBA from the University of Wisconsin-Whitwater.

Currently Coach Stanaway is amid recruiting throughout the country with trips to Boston, Muskegon, Chicago, Denver and Las Vegas.  This is an exciting time for Aviator Sports Hockey Program because we are beginning to see the team take shape. 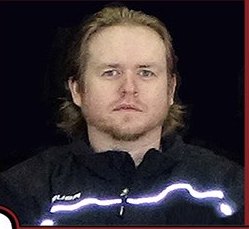 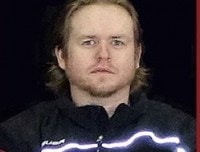