Up to the chimney quick-quick-quick and while you’re up there could you please clean the gutters? Oh, it’s Santa Claus, sorry. So I guess again that I may be on the “Bad List” once again. While growing up in Brooklyn, during the time when the dinosaurs roamed the earth and we had to walk 50 miles to school over rough terrain while carrying 150 lb. bag of books and lunch, our local group of kids would meet and discuss our fates. What did I do so bad that I would get coal in the stocking I left out for Santa? Santa’s Elves are always watching and ratting us out so that we get on the “Bad” or “Naughty” list. Can you imagine that by today’s standards it may just be a cause for cruel and unusual punishment? Although I do guess that it kept a bunch of well-meaning, but rowdy kids, in line for at least a month. After the presents were delivered though, time to party! One day though I was hanging around the older kids to play a game of Skelly (which was a rarity that they would even speak to us) and I noticed that my friend Paul was playing with a game, unlike the computer and game systems we have in the 21st century, so I thought it was pretty cool. I asked to try it and being the great guy he was said of course. Is it your birthday? I ask, enjoying the game. No, it’s Hanukkah. What’s that I ask? He explains but the clearest part of the conversation was, “we get gifts for 8 nights” and the next thing I do is run home because that is the coolest thing I have ever heard. One plus eight equals nine! Nine gifts, yes I had finally struck gold. I got the “look” and that was the end of that. I did give it the old “oh please” try but to no avail. I have always enjoyed the magic of this time especially when our kids were younger and the happiness and joy that the gifts brought. Only downfall was that the Boys would be up before the sun because they knew it was while they slept that Santa snuck in and delivered the presents. After a night of getting ready for the next day and making sure the Milk and Cookies were arranged appropriately it was off to bed. No sooner did I fall asleep was as fast as reveille was sounded. Screams of “He was here!” and what sounded like a herd of Wildebeest came running through the house like a hurricane. Bloodshot eyes and the obligatory nap would have to wait until everything was opened and the tinsel stopped falling. Through the years the joy is still in their eyes and that special feeling of it all remains and all has been worth it. One year I had to work and feared that I may not see our older son wake up to his first major holiday. I had a boss that had a heart and I was able to run home, stay for the opening of his gifts and then run back to work. Years later I would host those who had to work over for breakfast since most places to get a decent meal were closed. As years have gone by we still have fond memories and have made some new ones as well cherishing the time together with our family and extended family as well.

December has plenty in store for all with the festive window displays, the cold weather and hot chocolate. Gifts and Winter fun. Unless of course you have to work then, well you know the rest. New York City has always been a magical town and all 5 boroughs can provide the entertainment with their own neighborhood flare. In Dyker Heights Brooklyn there are neighbors who put on displays that Magic Kingdom would be impressed by the ingenuity and detail. One seems to rival the next and it gets so busy that the local Police Precincts have to provide traffic control. Take that Manhattan!

Here are some interesting facts about this month;

December is the twelfth and final month of the Roman calendar taking its name from the Roman word Decem, meaning ten. It is the beginning of the Winter Solstice in the Northern Hemisphere. Zodiac signs are Sagittarius and Capricorn. The Flower is Narcissus and the Stones are Keith, Mick, and Ronnie…oh, sorry. Caught you sleeping there didn’t I. The Birthstones are Turquoise, Zircon and Thurinite.

December is National Eggnog month as well as National Fruitcake month. Yes this is why the local Gyms start advertising for that “Beach Body” cause you’re gonna eat.  This by far is the one that can lead to some tears and black-eyes. In Italy the Sunday before Christmas is “Honesty Day” Yes, I just said that. I guess that honesty may be the best policy but in Italy and anywhere else in the world it may not be the start of a peaceful and quiet holiday. Here are some of the celebrations and meaningful dates during this month:

12/26- Boxing Day (I’m a Hockey Coach, My Canadian Brothers and Sisters would never forgive me if I forgot this!)

O.K., so now what to do, what’s left? The movie theater lines are packed and the I don’t feel like doing anything else, what to do? I thought you would never ask! Aviator Sports and Events Center should most definitely fit the bill. Yes, there are holiday hours but the Ice Skating is a go, the courts are open. There’s a Breakfast with Santa as well as other fun and exciting things to do. Now since the last “Snippet” we have a bigger menu and freshly cooked foods to munch on. The Food Service has been updated with daily specials along with all the favorites. Adult beverages are up in the multi-screen Sports Bar and Lounge as well as a menu there as well. The game room will be there for you and by checking the website you can see what else Santa, er, I mean the Aviator has in store for you. The first step is the one you take coming through the door so what are you waiting for an invitation? Well, you just got one…

Remember, there is something for everyone and everyone for something!

Have a Happy and Safe Holiday Season! 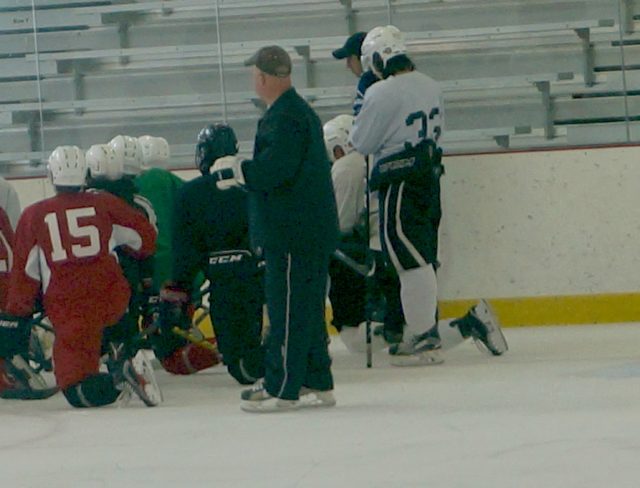 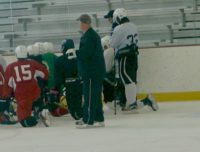