As a child I often sat in grammar school (yes that’s what we called it in the Stone Age) about that first whiff of Turkey roasting in the oven along with the Sweet Potatoes, stuffing and everything else my mother would be cooking. It was no different to when our family was young and being the youngest I could stay in bed until the cartoons came on. Thanksgiving was just the pleasant harbinger that was announcing that a holiday vacation was only a month away when we could start the celebration and enjoy those days off from school  all over again. At that time everything seemed to stand still. Later on in life I would be coaching and worrying how to get two kids (mine) in two different states to their Hockey games while still trying to enjoy “Turkey Day”. As time went on and our family was in different parts of the globe it was has been a concerted effort to get us all in one place to continue the tradition that My parents started for us. Let’s be straight here, who doesn’t like the left over stuffing and slightly burnt Sweet Potatoes after the bloated feeling wears off three to four hours later. Ever wonder why you get so sleepy after a Turkey dinner. It’s because you made a dinner for two into your dinner for one! All good though and you will be eating leftovers for about a week and a half.

November is the 11th month of the Julian and Gregorian Calendars and the 4th and last month of the year to have 30 days. It is the penultimate month. It is also the 9th month of the ancient Roman Calendar which then was called Novum, meaning nine, in Latin.  November is late Spring in the Southern Hemisphere and late Autumn in the Northern Hemisphere. Funny though, here in New York City it seems like late Spring with some bug issues and sinus headaches for everyone!

The Birth signs are Scorpio (October 23 to November 21) as well as Sagittarius (November 22 to December 21). Birthstone is Topaz and Flower is Chrysanthemum. Now for the news you have truly been waiting for; the first Sunday of the month you will gain an hour of sleep but lose quite a bit of daylight.

Some other notable days of the Month of November;

The 4th Thursday of November is Thanksgiving Day!!!

In 1621 there was a feast between the Pilgrims and the Wampanoag at Plymouth Colony. The feast consisted of Waterfowl, Clams, Venison, Fish, Lobster,berries, fruits, Pumpkins and Squash. There was a great store of Wild Turkeys of which they took many. This was an American tradition ever since. In 1863 President Abraham Lincoln nationalized this as a true American Holiday. With a nod to Our Canadian Family to the north who have their Thanksgiving a month earlier, we can all enjoy and give “Thanks” on this day.

This year Thanks giving will differ from years past but certainly go back to the beginning.I will be laying in bed until the cartoons are on after I have been woken from the wonderful smell of Thanksgiving Dinner cooking in the kitchen. My children are grown and there are no Hockey tournaments for us to travel to, There is no doubt that the approach of the Holiday Season will bring us the chill of winter it will also bring us the chance to celebrate with not only food and cheer but to be decent to one another as well.

Have a great November and don’t forget that the Aviator Sports and Events Center will be open and full of “stuff” to do when your boredom reaches it’s peak. Of course My personal favorites are the Rinks but why not come in and spend the day having some fun. There is plenty to do and can be accessed easily by going to the website www.aviatorsports.com and looking to see what is happening now and later as well. Remember;

There;s something for everyone and everyone for something! 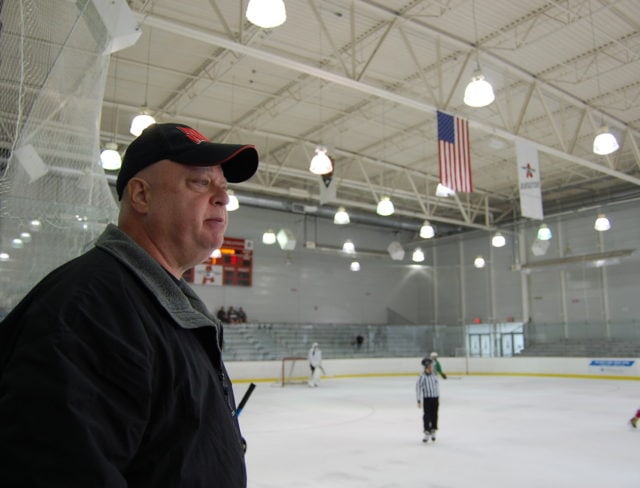 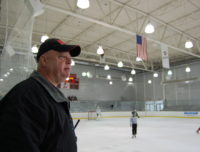