February or geez is the” winter over yet month” begins anew bringing the chill of the arctic air breathing down upon us. Such a short month where the nights are endless, and the sun seems to shine only to yawn and mock us of its self-imposed hiatus and sleep patterns. What is this month all about anyway and when is it going to warm up. What does this month mean anyway?

February is named after the Roman festival of purification, called Februa, where people would ritually cleanse. Of course in our very self-conscious society, it would be courteous to cleanse more often than one month during the winter and healthier as well. This month also signifies the last of the winter chill and the passage to the beginning of a new nature growth cycle. Is there more than that, you may ask as you sip your hot beverage and pull on another sweater. Of course, there is! And here we go Ladies and Gentlemen, hold on to your seats because the ride will just get more interesting from here.

The story of Black History Month begins in 1915, half a century after the t13th Amendment abolished slavery in the United States. Historian Carter G. Woodson and the prominent minister Jesse E. Moorland founded the Association for the Study of Negro Life and History (ASNLH), an organization dedicated to researching and promoting achievements by black Americans and other peoples of African descent. Known today as the Association for the Study of African American Life and History (ASALH), the group sponsored a national Negro History week in 1926, choosing the second week of February to coincide with the birthdays of Abraham Lincoln and Frederick Douglas. The event inspired schools and communities nationwide to organize local celebrations establish history clubs and host performances and lectures. In the decades the followed, mayors of cities across the country began issuing yearly proclamations recognizing Negro History Week. By the late 1960s a growing awareness of black identity, Negro History Week had evolved into Black History Month on many college campuses. President Gerald R. Ford officially recognized Black History Month in 1976, calling upon the public to “seize the opportunity to honor the too-often neglected accomplishments of black Americans in every area of endeavor throughout our history.”

This is a day, February 14th, which celebrates romantic love. Although often called, and this is not a plug, a Hallmark Holiday this has nothing to do with the greeting card industry. The sending of flowers, cards and chocolate’s was a tradition started by the English and found its way to our shores. There are many historical facts that are attributed to this holiday, not federal btw, some are not so romantic in nature and are attributed to Roman gods and mythical creatures. Here are some facts about this day;

February 2nd (Unless you are Bill Murray) then it is every day. This tradition was brought to us by German settlers in Pennsylvania. On this day if the sun came out there would be six more weeks of wintry weather. Somewhere along the line, it morphed into relying on a Woodchuck to make the prediction. In Punxsutawney Pennsylvania, the local newspaper declared February 2nd as Groundhog Day in 1841 and has grown into a national, unofficial, holiday and celebration. By the way, Punxsutawney Phil or so the Woodchuck and descendants have been named, is the prognosticator of prognosticators and makes the shadowy predictions. German legend had it that if the sun was out you were in store for six more weeks of long underwear. This had through the years became the Woodchuck seeing or not seeing its shadow. Still a tremendous holiday in some parts mainly the eastern part of the USA.

Mardi Gras is the last day of Carnival which occurs on the day before Ash Wednesday which is a Christian Holiday. This day is an official holiday in the state of Louisiana. This is a massive party or parties of many, where you eat, drink and carry on because the next day for Christians worldwide is a day of atonement and fasting. Kind of the “let’s party like its 1999 because tomorrow we atone for it” kind of celebration. The City of New Orleans braces itself due to the large number of celebrants from all over the world as well as the United States and the thousands who party all night into the wee hours of the morning.

This occurs 46 days before the Christian celebration of Easter, the highest of Christion holidays, and the dates can move as the calendar does. The earliest Ash Wednesday can be February 4th and can go as far into March as the 10th of the month. Ashes are applied by the priest or minister to the forehead of the parishioner representing mourning and repentance. This is also observed by fasting and sacrificing something for the 40 days of “Lent” which proceeds Easter Sunday.

This was originally called Washington’s Birthday in celebration of our first US President birthday. Some states call it Presidents Day but either way it is a Federal Holiday and a day off and long weekend for some. Since George Washington’s actual birthday is February 22nd and Abraham Lincolns is February 12th the holiday was combined to reflect on both leaders and celebrate their birth.

Other notable days and proclamations in February

Ok, so the last one I made up but you thought about it for a moment didn’t you. Had to give it a shot.

Aviator Sports and Events Center does February right. There is something for everyone and everyone for something. Lately, there have been some truly special events happening and a warm place to come and enjoy during this last gasp of winter chill. Aces Sports Lounge is open and serving some great eats along with enough Basketball and Hockey to make your head swim. If you haven’t tried the Hot Wings, you are missing out. Always keep in mind that there are so many things to do while you are in our facility you won’t know where to start. Here is the hint, walk in the door, after that fun begins. 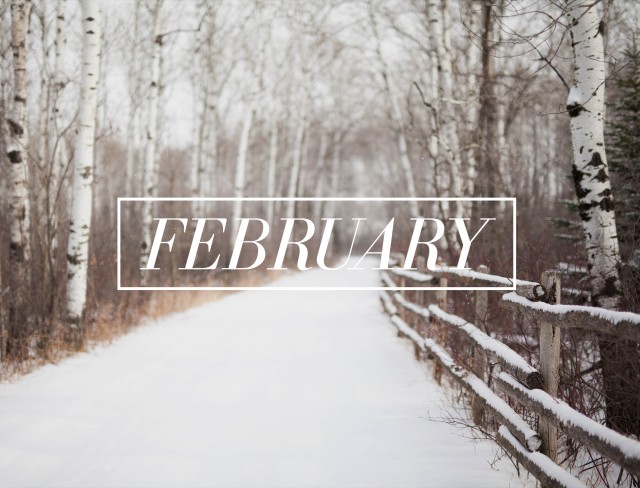 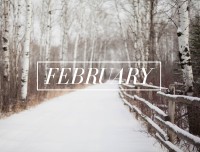