History has a way of being one of two things; it’s either repeated or learned from and neither will ever meet. Now we are in the throes of what I as a young grade school pupil thought that the years starting with “2000” were unattainable set of years to actually be within and that it was so far in the future we would just never see it.

In the late 60’s there was a song names “2525” which was a warning of what lies ahead in the future and it was scary to a young child at times. Why would anyone want anything different from what we are enjoying right now. What we enjoyed is simple games and played games of contest where you actually had to run, jump, throw and be smart enough to outwit your playmates.

A world where social media was leaning on a fence and chatting with your next door neighbor. Summer nights included games of “Ring-O-Levio” (which last I heard was called “manhunt”) and parents sitting on the front stoop or in lawn chairs enjoying the clear night and actually watching that their kids behaved themselves.

Times have clearly changed, just like any civilization will, and time passes on with or without us.

Now we are in almost the end of the second decade of the 21st century and although most things have changed still a lot have remained the same.

Basketball must be thrown into the hoop to score points, the Hockey puck must be controlled in order to eventually win the game and the Yankees and Mets fans will still argue about, well whatever and wherever they can find fault with each other’s teams.

The year 2019 is here and when I go out to coach a practice I put on my rocket skates and make sure that the Laser puck is dialed down to a colder temperature than the ice. Well, not quite there yet but there’s always hope. Not! The more that things change, the more they actually stay the same.

I still love going to work and I still love working with younger players guiding them to the next step and phase of their Hockey path. So there is something that hasn’t changed for most of my life.

I have been fortunate to be able to do this and work and support some of the finest people in the game at our level. For you see, you cannot just jump to the next step you will have to grow and mature as an athlete or as it’s said, “develop as a player” and grow with the game.

Now it’s time for the monthly Snippet or Historical nuggets that can definitely make you smarter or clever depending on the situation. Here we go;

It is the coldest month of the year in the Northern Hemisphere and the second month of winter.

The name January is from the Latin word “Ianuarius” meaning “door”. This was loosely based on the month being the door or the gateway to the year ahead and beginning of what was to follow.

The Birthstone is Garnet (means consistency) and the Birth Flower is Galanthus.

Horoscope signs are Capricorn, until the 19th and Aquarius the 20th to the 31st.

Here in the Northeast one of my all-time favorite constellations is nice and bright and can be seen over Brooklyn early evening is Orion the hunter.

One cannot wonder how Marco Polo followed the “3 sisters” or “Orion’s belt” to return to Italy without a map. Orion is also featured in the movie “Men in Black” where a dying alien tells the agents that his planets galaxy is on Orion’s belt. The belt is actually made up of 3 stars; Alnitak, Alniam and Mintaka which are the brightest 3 in the constellation and visible to the naked eye on a clear night.

The galaxy was actually on the alien’s cat’s collar, but that’s another story for another day.

Here is some history on the days of January and some significant birthdays;

1929 The U.S. and Canada agree on plan to preserve Niagara Falls

1861 The Civil War begins as Florida succeeds from the Union

1/23 – 1973 President Nixon announces the peace accord in Vietnam

2005 Condoleezza Rice becomes Secretary of State in the U.S.

Well, do you feel a bit smart than you did before?

History is a valuable knowledge bank on many levels.

Without this and without actually reading History one can never know what worked and what failed in our human existence.

If you would like a free lesson than come over to Floyd Bennett field and walk where the history makers walked and flew before.

The Aviator Sports and Events Center is located on this historical first airport in the state of New York.

Next door to us is the Ryan Visitor Center which was the original terminal and flight tower which ran the airport.

If you are looking for a day of fun, entertainment and/or food, well just start by walking through the doors and all the day, week and month’s activities are distributed at our customer service desk by video screen, printed material and a knowledgeable staff who can answer any questions you may have.

Your first step is walking through the door!

We are located at 3159 Flatbush Avenue, Brooklyn NY 11234. By phone 718-758-7500 or just visit our website www.aviatorsports.com. Bt car take Exit 11S from the Belt Parkway, at the second traffic light make a left into the parking lot.

Before I forget, I promised a shout out to My Brother Tommy!

“Everybody for something and something for everybody” 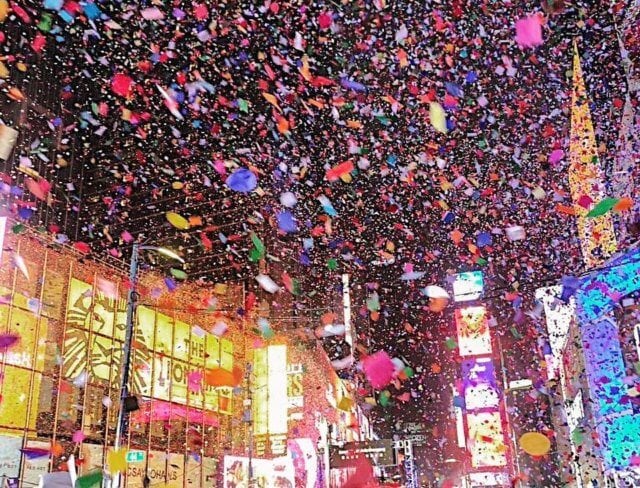