Publishing Note: This is the first post in a new monthly series “Sacco’s Snippets.” These unedited blogs will capture the passion of Coach Sacco’s feelings on Aviator Sports, hockey, Brooklyn and a variety of other topics.

Nothing like the smell of the ice. Nothing quite smells the same, and it may have many imitators, but there is only one smell. While vacationing (my last one was in 1996), we were in the Philippines and visiting the largest shopping mall I have ever seen. As soon as we walked inside, I could smell the ice. Mind you that it was near 100 degrees Fahrenheit and in a tropical country. After the laughter had died down and upon my insistence, we ventured forth and found a skating rink in the basement of the mall with about ten or so skaters. Who had the last laugh, eh? The coach did, voila porqua! Years later I had one of my students, who is half Pinoy, move with his family back to the Philippines and was thrilled to hear there was a rink in the city of Makati. Not only was it the same rink, but it now had boards and was packed with skaters. It seems that there is also a figure skater named Michael Christian Martinez who has put an unusual part of the world on the map as far as Winter Sports are concerned. Not only did he do well for himself but also put a rink on the Ice world radar. This translates into kids wanting to emulate a national hero and take up the sport. Suddenly word is out, and Hockey players who have either gone back home or have come into work or go to university are getting out there to continue playing. Suddenly there is an oasis in the desert, and everyone is getting a refreshing drink.

The Aviator Sports and Events Center has become an oasis for those who are looking to play the Great Game of Hockey as well as figure skaters who are trying to get to the next level and coming to where the skilled coaches are. There are public sessions filled with enthusiastic skaters who love the fact that you can not only have a romantic date on the ice but go up to the lounge area and dine on a delicious meal without emptying the bank account. There is always something going on here most every day and every night, and that always means a place to go to entertain yourself. Amazing how an empty, or near empty, the airport can suddenly bring entertainment as well as sports and revitalize, much like the aforementioned oasis, what was a dreary ghost town of empty hangars and dilapidated buildings. It wasn’t always this way but over the years had fallen into decay. During the 60’s and into the 70’s Floyd Bennett Field was still a military base where Navy and Marine Aviators flew in and out on a daily basis. It had become home to the United States Coast Guard where their Helicopters flew out to patrol the shores and perform rescues. The NYPD had stationed their Aviation Unit as well as the driver training for the new recruits as well as Highway Patrol Motorcycle School. Although the Coast Guard has moved to New Jersey and the Police Department, have gone to the other side the Western side of Floyd Bennett Field remained a ghost town. Up sprouts the Aviator Sports and Events Center and the rest is history. Well, sort of. There are some that believe that there is nothing left to give and to those, I say there is. What wonders I have seen such as; Blue Oyster Cult playing “Don’t fear the reaper,” Professional Boxing, Martial Arts competitions, High School Football, NCAA Field Hockey and Lacrosse Tourneys, Minor Pro Hockey and Minor Pro Basketball. We have had numerous Pro-athletes come here to train and use the football fields to work on speed and quickness as well as train with the Sports Performance Trainers.

Although one cannot help but be in the middle of the tornado, there is always the chance to marvel at what surrounds you at any given moment. Yes, this is Brooklyn but don’t be a hater. If Brooklyn was a city, it would be the 12th largest city in America, and yes we have the best pizza in the world. There are seafood restaurants that are second to none. All types of Asian cuisine as well as Kosher delights and Middle Eastern food that is nothing short of delicious and authentic. Too many to list and too little time to even try. Even though Manhattan (The City) is where tourists flock, there are certainly four other boroughs to enjoy and mostly much less expensive than the touristy island. Aviator is the place to be when you need to be somewhere. Go in and take a tour or book a party there because quite frankly, there’s something for everyone. Weddings, social gatherings, Bat and Bat Mitzvah’s, corporate meetings and graduations. Where do they fit them all you may ask? This place is tremendous, and it takes a small army to keep this machine working and functioning. And believe me, it does function well. Come and see for yourself and I am sure you will like the experience enough to repeat as necessary.

Aviator Sports and Events Center is located at 3159 Flatbush Avenue Brooklyn NY 11234. Accessible by car and public transportation and is a short ride from the Kings Plaza Shopping Mall. To access information about the Daily, weekly and monthly events, the website is www.Aviatorsportsandevents.com. You can also reach customer service at 718-758-7500, and they will be more than glad to point you in the right direction. Enjoy! 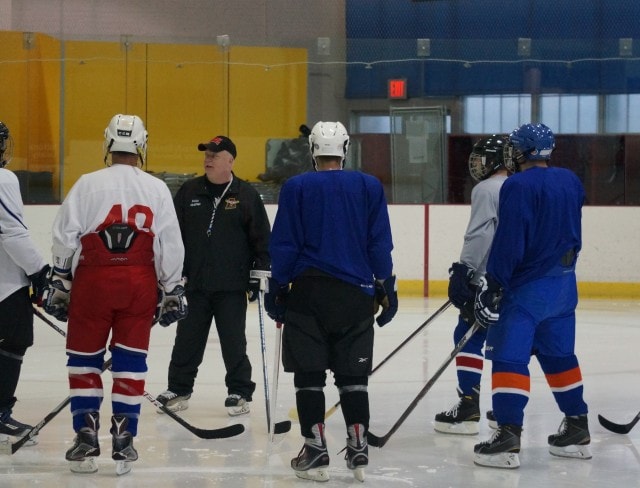 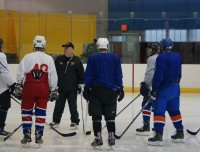