March is a very special month and has a little of something for everyone and is the beginning of the better weather and a rebirth of seasons, as well as a College Basketball lover’s dream. The name actually comes from the Latin Martius which was the first month of the Roman calendar. It was named after the god of war, Mars, who is also regarded as the guardian of agriculture. To me, it signals the end of the Hockey season which is also a time of renewal for players and coaches alike. A time where parents scramble for answers to questions that haven’t been thought of yet and suffer through great anxiety in the meantime. In Russia, March 1 began the numbered year up until the 16th century. Most importantly for those who have had enough of the winter chill and the Northeast unpredictability. Northern New York and New Jersey suffers through his time due to the higher elevations. Spring flowers, showers and Holidays for all and the bloom of the spring is nigh.

March happens to be the best month for Basketball, and it’s called “March Madness” and for a good reason. The true March Madness is the mating ritual of wild rabbits. They try to impress the females of the species by running like they are crazed, flipping and screeching. The ritual was so astounding that the expression “crazy as a March hair” was coined to explain what it looked like. Then there is the college Basketball tournament that runs from March 15th to April 4th and is a major distraction for the viewing public. March is also the worst month for productivity, and the tournament is partially responsible. A firm specializing in numbers and statistics predicted that American companies would lose 1.9 billion in wages paid to unproductive workers who are distracted by betting and watching Basketball games. Gambling outlets are happy about this I am sure.

Here are some notable March dates that may just leave you scratching your head with a big, what?

March 6: the day of the Dude for Big Lebowski fans. “Taking it easy man.”

March 11: Purim. This jolly festival is a Jewish holiday where there is a spirit of revelry and fun dating back to the 4th century.

March 17: St. Patrick’s Day. This is a great celebration of Irish Heritage where the beer is green, and everyone is Irish for a day.

March 20: The sun shines on the equator for the Vernal Equinox, giving us a 50/50 split of day and night.

It also marks the worst month for productivity due to the Basketball games that will permeate the airwaves very soon. Gambling (betting on the games) will cause American companies to lose approximately 1.9 billion dollars in revenue. The more the work force is preoccupied with the games and wagering on them the less work is actually done.

Beware the Ides of March

What exactly does this mean? According to the ancient Roman calendar, the Ides were actually the middle of the month. Their calendar showed this as the 15th day of the month and was supposed to correlate with the Full Moon. William Shakespeare gave us a different meaning to it. Supposedly a psychic told Julius Caesar to be careful of the Ides because this is where he would fall. Of course, Caesar knew better and laughed it off ignoring the warning because, quite frankly Scarlett, he was Caesar. So off goes the emperor to the Theater of Pompey and he meets his grizzly end. ET Tu Brute? For some reason the spot where Caesar was killed is a “No Cat kill zone” so apparently if you are a cat, you are relatively safe.
Go figure, eh?

As the saying goes, “March comes in like a lion but out like a lamb” Which doesn’t bode well for those lambs that are likely to be Easter dinner. This is when at the beginning of the month the weather is still a nasty shade of gray weather. Snow, sleet, and cold rain are on the menu, and unpredictable forecasts can foul up any outdoor activities that may be planned. The middle of the month brings the sunshine and warm weather which is a prescription for the winter blues and the start of warmer weather and sunshine.

Daylight Savings time will also begin, and we start to see longer days. No more going to work and then coming home in the dark. More activity and outdoor enjoyment. Sunshine is imperative for physical and mental health after a long dark and cold winter. If you had the opportunity to read a previous “Snippet” there is information on why we get “Blue” during the winter months. March becomes the cure for this in many ways. Cabin fever is replaced by sunshine and outdoor activity. Bad news is that the warmer the days, the higher the allergy rate. But to be honest, it would be nice to have the non-dreary part of the year give us a break. Springtime also means “Pitchers and Catchers” for those who are Baseball fans. Another time of renewal for some as well as the end of the Hockey season which forces those of us who have a livelihood in Winter Sports to begin the preparation process for the next season. No rest for the weary but some sunshine and fresh air.

March 20th is an interesting date and the Vernal Equinox. This is where there is almost a perfect 50/50 of day and night. This is when you hear the expression that the days are getting longer. Well, actually they are. After March 20th the split becomes increasing wider while our big blue marble is getting closer to the sun.
There are also some other facts about the third month that you may not be aware of. The month is also Women’s History Month, American Red Cross Month, National Nutrition Month and Fire Prevention Month. The Birthstones are aquamarine and bloodstone. Zodiac signs are Pisces and Aries and by the way Happy Birthday Pisces and Aries. The Flower for March is the Daffodil which is a beautiful reminder of the season. It’s the time of the year where animals wake up from hibernation so a special warning for those who live where the Bear might roam and avoid carrying large amounts of Salmon in your backpack. Each year March and June end on the same day of the week for those of you who like trivia
Now you feel smarter and can amaze your friends with all the knowledge you have gathered from the Snippet series so go out and impress all you meet with this new found brilliance.

Here at the Aviator Sports and Events Center, we take March quite seriously. This is where Food and Beverage Manager Kevin Gallagher gets Spring Fever and runs crazy specials for all who find their way up to Aces Sports Lounge. Now it’s not just about the refreshments but also about the delicious food that is served with a special helping of March Madness Basketball, hockey, and soccer filling the many tvs. Come on in and enjoy. But work up an appetite skating on our regulation ice rinks or enjoying many of the other activities that we offer. Let’s face it, you come here and you ain’t gonna get bored, as they say in Brooklyn. 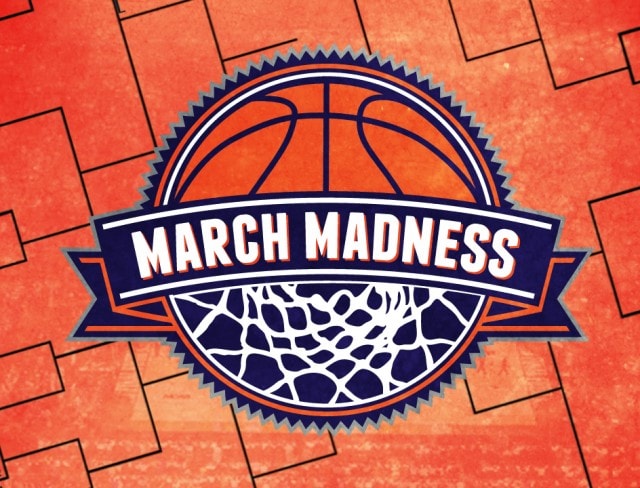 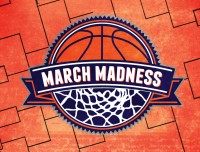