THE BASICS OF PLAYING ICE HOCKEY

If you’re looking for a way to stay active and cool all year long, consider taking up ice hockey. You can take lessons or join a league if you already have some experience on the ice. Ice hockey can be fun for kids and adults, and Aviator Sports in New York City offers programs for youth and parents alike. Before you lace up your skates and take to the ice, you should understand the basic rules of the game. Keep reading to learn about the basics of playing ice hockey.

The object of ice hockey is to score more goals against the opposing team, and victory will not be yours unless you learn how to shoot and pass the puck. Quick, accurate passes are most effective in advancing the puck towards your opponent’s goal, and passes should be kept as low as possible so they’re easier to control. When the puck is passed to you, cradle it with your stick to avoid awkward caroms. This will make it more difficult for the defense to get the puck. As you shoot towards the goal, aim for the hardest areas for the goalie to defend, such as the corners or between the legs.

There are six people on the ice at any given time for each team: a goalie, two defense-men, a right wing, a left wing, and a center. Though it can look chaotic at times, each player has a specific job. Goalies defend the net in order to prevent the puck from entering. Defense-men keep the puck out of their zone, and will sometimes lead the team in an offensive charge. Wings mostly work on their side of the ice and are usually good shots. The center is essentially the quarterback of the team, and must be creative and versatile in skills like face­-offs, passing, and shooting.

Are you eager to get out onto the ice? Contact Aviator Sports and Events Center in New York City at 718-758-7541 to find out more about the youth and adult ice hockey programs we offer. We have
lessons, leagues, and camps so you can work on being the master of the ice. 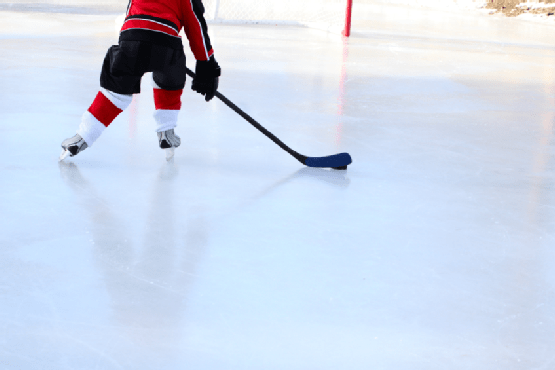 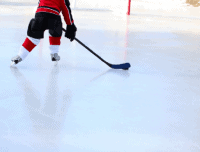