UNDERSTANDING THE RULES OF FLAG FOOTBALL

It’s not easy to get excited about a fitness program without the thrill of competition. With flag football, you can enjoy the health benefits and excitement of playing football, without a high risk of injury. In the following article we will spell out the NFL’s rules of flag football before you play it at our sports center in New York City.

Coin Toss Start
According to the rules of NFL flag football, there should be one captain for each team. At the beginning of the game, the two captains meet in the middle of the field for a coin toss. The visiting team calls the toss, and the winner of the toss gets to choose whether to play offense or defense first. The loser of the coin toss gets to choose the direction.

Interceptions and Half Time
All possession changes except for interceptions will start from the 5­yard line. At the half way point in the game, the teams must switch sides. Possession of the ball is given to the team that started on defense during the first half of the game.

Get in the Game

For more information about how the rules of flag football work, visit the NFL’s website. Play a game of flag football in New York City, visit Aviator Sports and Events Center. As of today, October 4, 2013, we are closed due to the National Government Shutdown, but continue to check our website for updates. If you have any questions about our sports facility, please call us at 718-758-7500. 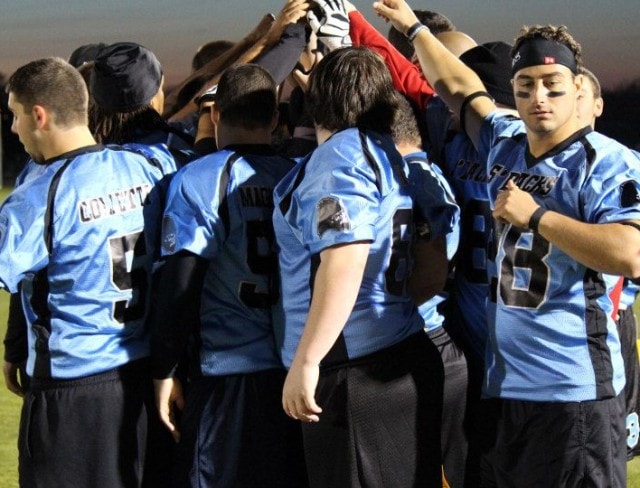 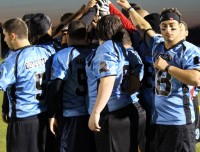