**Times are subject to change**

Participants are welcome to play singles or doubles. Aviator Sports provides the game balls, but participants must bring their own paddles.

Our schedule is updated regularly, as more sessions become available. For information on upcoming sessions please contact Michael at MichaelB@aviatorsports.com or call 718-758-7543

According to the United States of America Pickleball Association (USAPA), it is “A paddle sport created for all ages and skill levels.

The rules are simple, and the game is easy for beginners to learn, but can develop into a quick, fast­-paced, competitive game for experienced players.” It is named after creator Joel Pritchard’s dog, Pickles.

Combining court dimensions similar to badminton, paddles similar to table tennis, and a light ball similar to a wiffleball, it is a unique experience.

Unlike tennis, the ball is served underhand to begin the volley, and a point is scored when a team allows two bounces without a return. Casual games are customarily played to 11, while tournament play ends at a score of 15 or 21.

This fun but obscure sport may share many traits with other, more established sports, but its benefits are wholly unique. Such benefits include:

It’s quick and easy to learn

All it takes to learn is a basic understanding of either tennis or table tennis, and about five minutes to adjust to the basic rules.

The easy to learn rules have allowed it to become a popular sport for the mentally and physically disabled.

The size of a court is about one­-third the size of its tennis counterpart.

This allows for light aerobic exercise without putting too much stress on cutting motions, which can contribute to joint injury. Just make sure you stretch.

The makeup of the ball, which is lightweight and hollow. This prevents the game from speeding up too quickly during the learning process and also helps to limit potential projectile injuries.

Aside from at least one willing competitor, the game only requires only a paddle, a ball, and of course a court. Consider that a decent tennis racquet costs in the neighborhood of $100, whereas a paddles start at around $25, and a pack of six balls costs less than $10.

Pickleball is not as spread­-out as tennis, which requires shouting in order to have a conversation. The size of the court and the low time investment per game makes it the perfect casual game to help you exercise while having a conversation with friends or family. 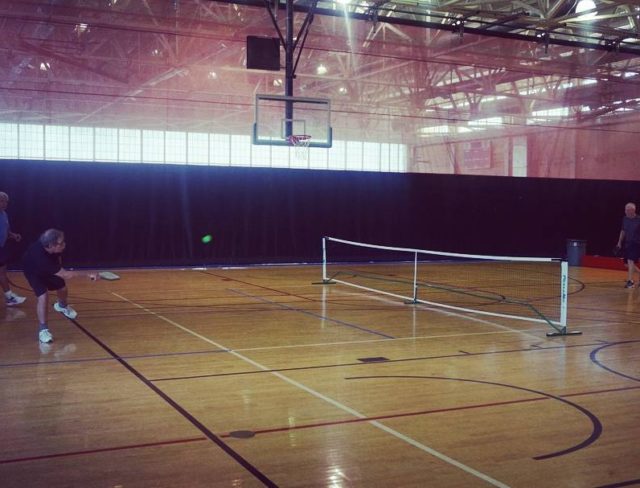 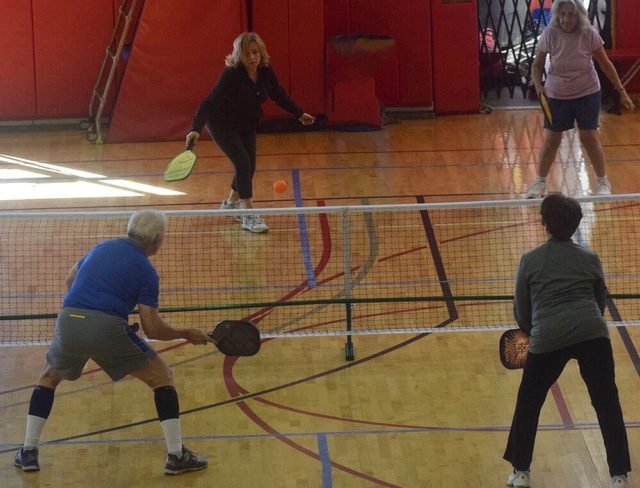 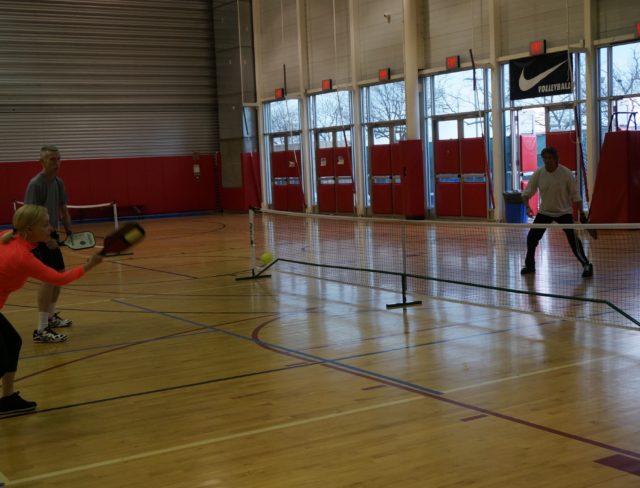 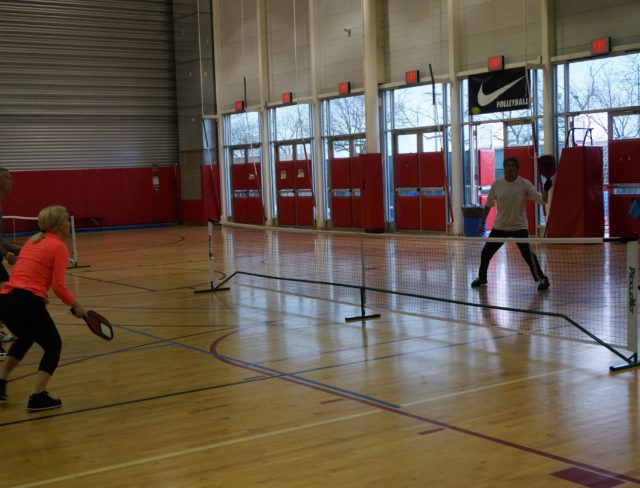 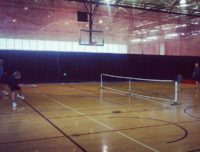 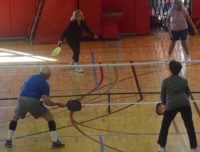 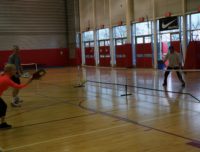 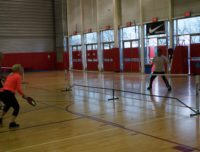